9 Cool Haircuts That Will Actually Make You Excited for Fall

9 Cool Haircuts That Will Actually Make You Excited for Fall

Our footsteps have entered the autumn,how can the haircut not come a bit change. Keep scrolling for the 9 haircuts you need to know about this season. Now, it's just up to you to decide which one to fall for. 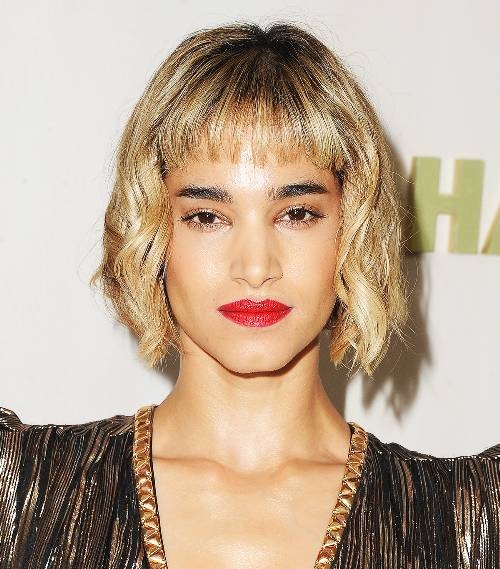 A tad avant-garde, the look of sheared baby bangs isn't necessarily everyone's cup of tea. That being said, the cut is having a non-negotiable moment this fall. And while we first noticed the look on high-fashion runways (it's inherent edge practically drips haute couture), it's simultaneously merged seamlessly into the realm of the A-list. 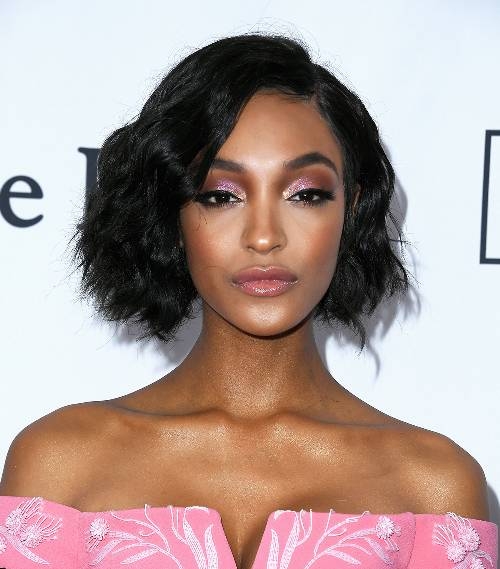 Model Jourdan Dunn is one of our all-time favorite hair chameleons and never fails when it comes to delivering a new jaw-dropping haircut. Though she does experiment with length, she's been wearing this chin-grazing cut consistently. Fluffed and perfectly feathered at the bottom (but not so much to appear stringy or in a way that sacrifices her gorgeous volume), her cozy take on the bob signature is well worth noting. 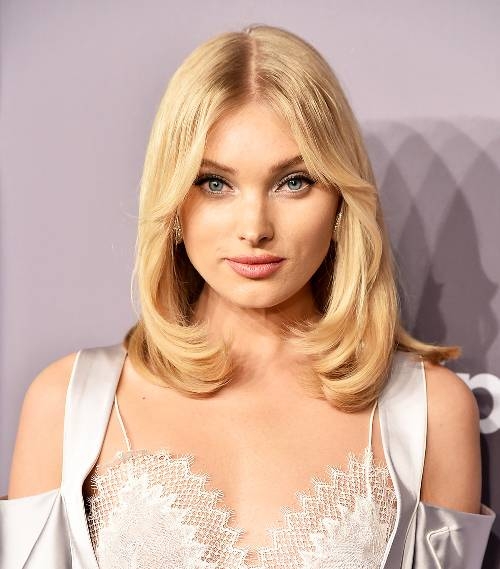 Victoria's Secret Angel by day, Charlie's Angel by night. We're obsessed with Elsa Hosk's recent chop for a number of reasons. A) It nails the perfect mid-length for those who might want to go shorter but don't want to sacrifice completely. (Tell your stylist to shoot for the collarbone or even one to two inches below.) And B) it mimics the quintessential face-framing fringe synonymous with the original cast of Charlie's Angels circa the '70s—think Farrah Fawcett, Jaclyn Smith, and Jill Munroe vibes. Hosk's abbreviated length, however, keeps the haircut modern and far from outdated. 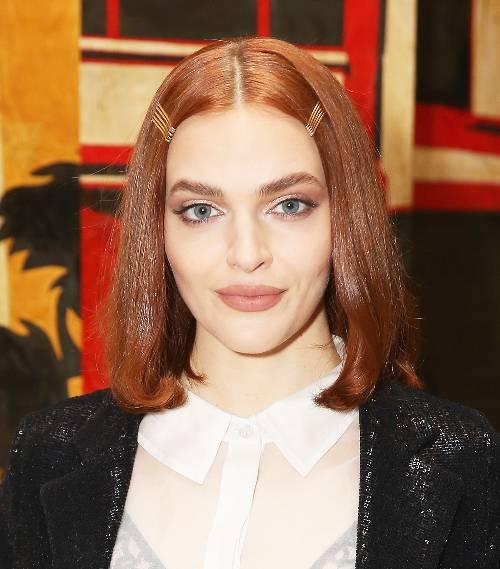 What's interesting about this haircut on actress Madeline Brewer is that if the flip were reversed (and still paired with those Marcia Brady–esque pins), the vibe would feel very much '60s and '70s. Flipped under, however, the style completely changes its tune. We've seen multiple celebrities wearing this cut as of late and think it would look especially chic paired with a faux-fur jacket and knee-skimming boots. (What can we say? It just screams fall.) 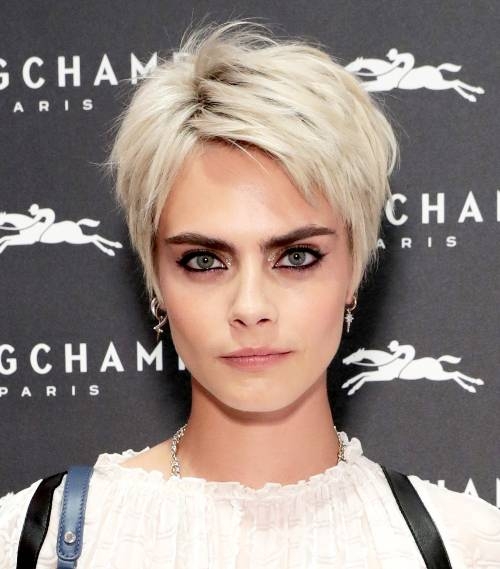 Ever since she shaved her head just over a year ago, Cara Delevingne has kept us riveted with her next best hair move. But this true pixie cut is one of our favorite moments, hands down. Whether or not you think she looks more Pan or Tink, it's hard to deny the fantastical, fairy-esque undertones of this fall-perfect cut. Bonus points if you go platinum. 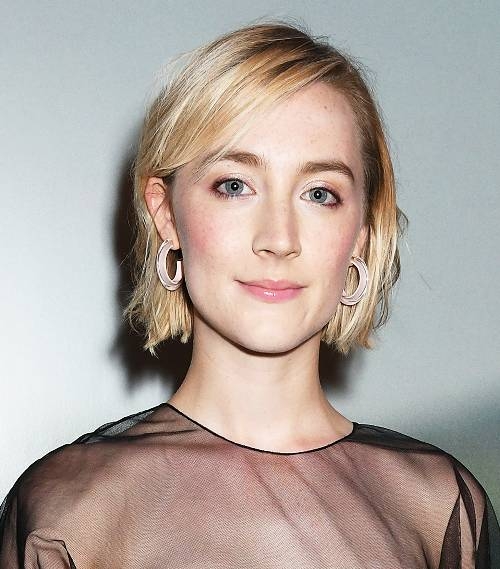 Saoirse Ronan has been our ultimate beauty muse as of late, and while we've had an especially loving moment with her makeup MO, we're equally obsessed with her prim and pretty haircut. Feathered just enough at the tips to complement her fine texture, it's kept voluminous and interesting thanks to her deep-parted side of fringe and just the right amount of muss. 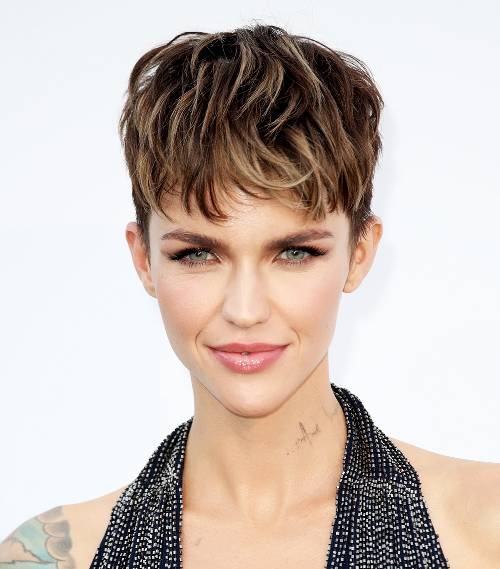 Ruby Rose just might be our favorite perpetual pixie due to how consistently versatile she proves the cut to be. Many people fear a pixie or shorter crop because they assume their styling options will be cut in half, but Rose's ever-evolving look has us convinced otherwise. Since fringe is going to be huge this season (and really, it's had a shining moment all year), we're loving her expert combination of the two: bangs plus super-short length is superbly chic. 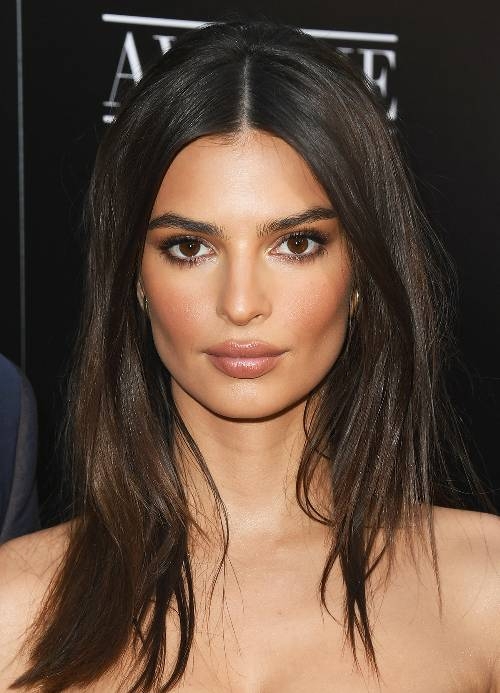 Despite the fact she continuously teases us on Instagram with wigs and strategic styling, we don't know if Emily Ratajkowski will ever actually wander from her trademark cut: effortless, face-framing layers. Not only is this haircut flawless, but it's also epically easy to style and maintain. 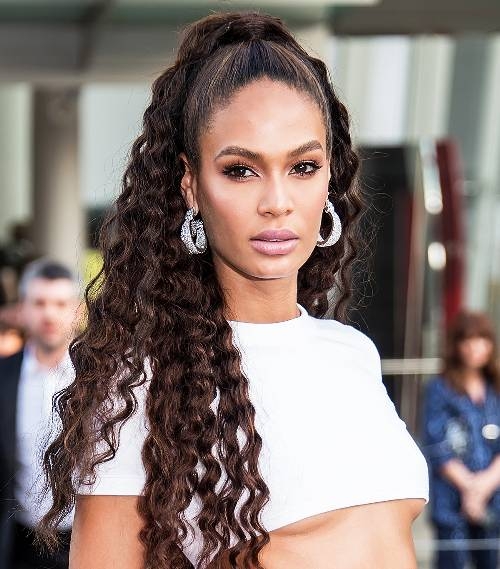 Take one look at the Kardashian and Jenner clan and you can probably guess their recent on-and-off commitment to Game of Thrones–esque length would take off into the stratospheres of trend-making. Sure enough, we've seen fantastically inspired length all over the red carpet recently (see Joan Smalls above!), and celebrity hairstylist Eloise Cheung even cited the cut as one to try before you die. If you're curious, we recommend one of two paths: a commitment to growing out your length with a lot of mini trims along the way (so your ends don't read scraggly) or opting for some ultra-long extensions. For sanity's sake, we'd probably recommend the latter.