6 Of the Greatest Mohawks

6 Of the Greatest Mohawks

All radical hairstyles make a statement. One of the most unmistakable extreme hairstyles areÂ mohawks. According to Wikipedia, the mohawk hairstyle is named after the indigenous Mohawk people, Native Americans who lived in the northeastern United States. However, the hairstyle was worn by ancient people far before that. The mohawk has a wide variety of variations today. It can be worn long and spiky or shorter and more subtle. Let's explore some of the different creative iterations of this hairstyle. 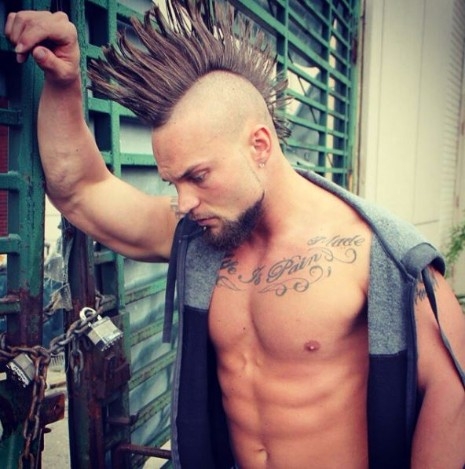 Although the mohawk itself isn't particularly conventional, this is perhaps the most traditional version of the style. Smoothly shaved sides and a narrow hawk define the template for this hairdo. The hair is spiked using plenty of product. This style doesn't hold its appeal if it starts to fall. LEAF explains exactly how to get a mohawk to stay up. 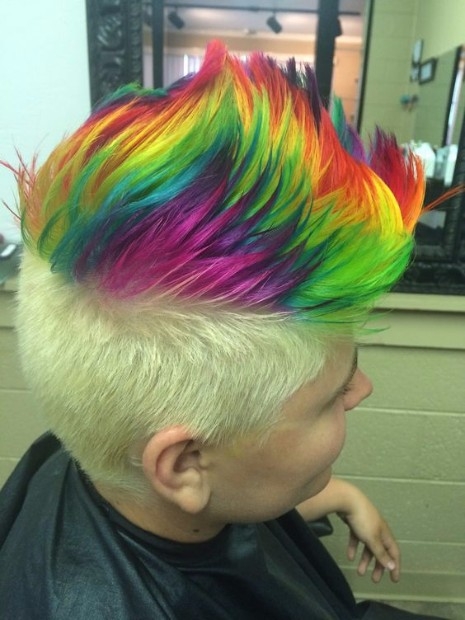 This Mohawk has spiky layers that are distinguished by their rainbow colors. Each section is clearly separated by its own place in the color spectrum. The mohawk is thick, with the longest layers in the center. This allows it to be styled in different ways when you're not wearing it as a mohawk. The layer underneath is buzzed and dyed platinum. 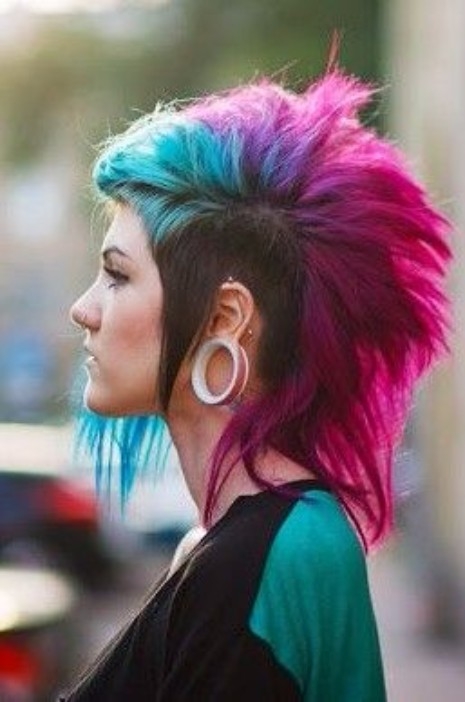 This hairstyle can go as a shag by day and a mohawk by night. The short undercut retains length at the sideburns, and the hair is carefully layered to be able to stand up or lie flat. The tri-colored dye is bold, but you can leave your hair a more natural color for a professional look that no one will guess can transform itself into this punk style. 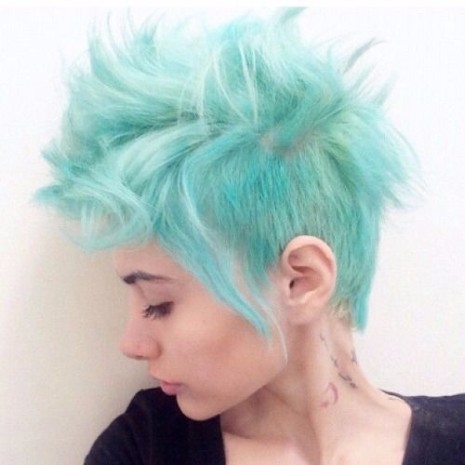 This icy blue mohawk is long and slightly messy. It even has a bit of curl in the front. When worn down, this would make a cute pixie haircut. 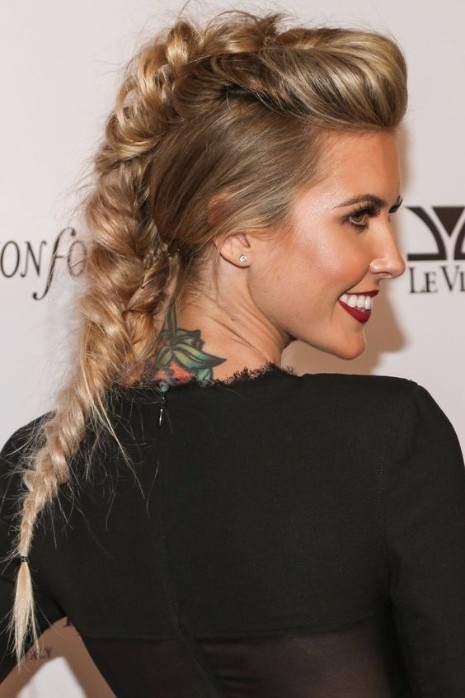 Don't want to cut off any of your hair? Simulate a mohawk by teasing the front section and gathering it into a thick braid on top of your head. Keep the sides smooth, and reverse braid the hair so that the plait has dimension. 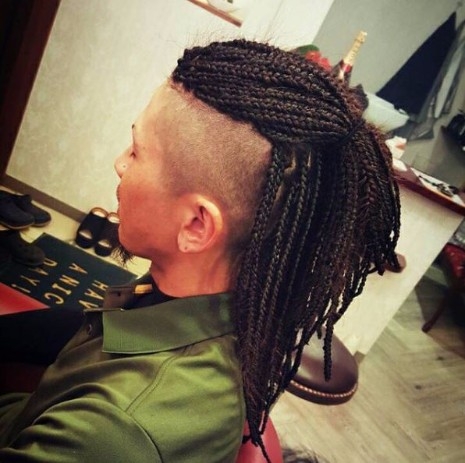 The braid hawk can be done with cornrows. This style is pictured on a man but would look equally fashionable on a woman. A wide section at the top of the head is braided into cornrows that can fall freely over an undercut. When the tiny braids are gathered into a ponytail, they create a mohawk-like shape at the top of the head.